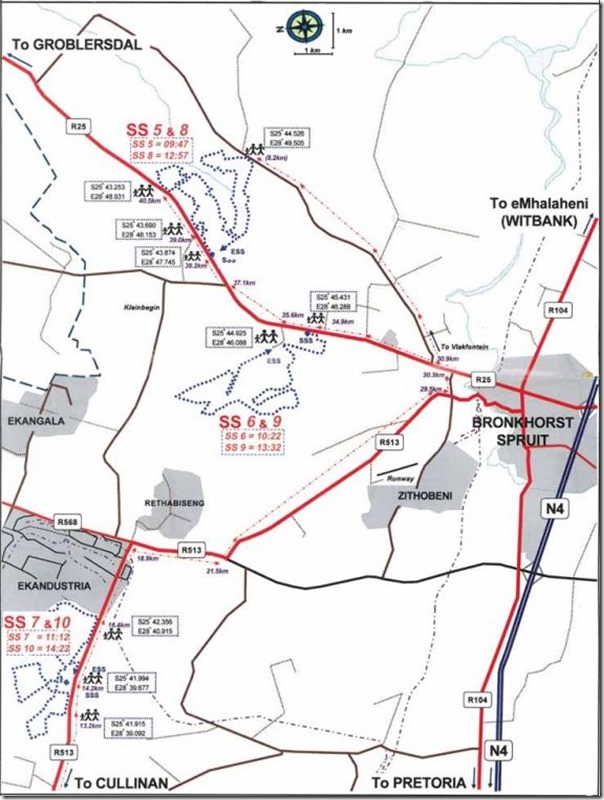 I joined some of our photographic club members at this year’s Imperial Toyota Tshwane Motor Rally to do some action photography. The rally is part of the National Rally Championship. It was my first time doing this. So, in essence, all of us, except for our club chairman, were rally photography rookies! It was a lot of fun, though! There were 9 of us.

Of course, doing an action shoot at a motor rally in winter in Gauteng province, South Africa, is a very dusty affair, and a photographer should be prepared for this. because of all the dust kicked up by the cars, I took with a sturdy plastic bag with strings to pull tight when closing it. After every car passing I would open the bag and pop my camera in it to protect it from the dust. I also carried my lens dust brush with me.

The rally was held around Cullinan the first day (14 Aug) and around Bronkhorstspruit the second day (15 Aug).

South African driver, Giniel de Villiers, who won the 2009 Dakar Rally, was also one of the drivers in this rally. The rally was won by Leeroy Poulter and Elvéne Coetzee of the Castrol Team Toyota Yaris S2000.

Looking at the map above, we shot our photographs at SS 5 and SS 6.

Here are some of the photos I took of the rally.